How to Overcome Fear of Rejection in 3 Steps 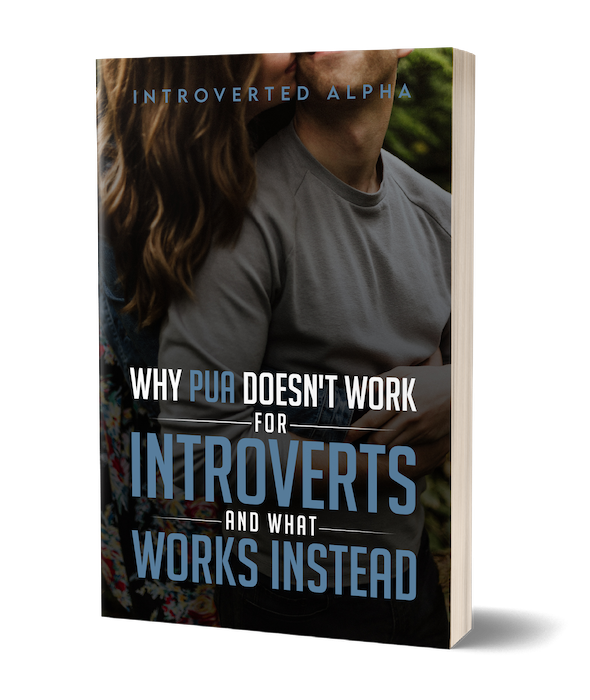 What if you suddenly knew how to overcome fear of rejection, and it felt easy?

Imagine you’re in conversation with a beautiful woman who is warm, open, and receptive to you. The interaction flows so well that it feels almost effortless.

That would be an amazing boost to your self-confidence, right?

Well, this is what it’s like once you’ve learned how to overcome fear of rejection when dating and generally being around gorgeous women.

It just doesn’t feel like the end of the world anymore.

When you no longer fear rejection, you’re able to approach women naturally, fearlessly, and have them engage with you because you know how to face fear of rejection without freaking out. You can discover much more about this here.

This requires a level of self-esteem that isn’t outcome-dependent, as Dr. NerdLove skillfully writes about here.

Getting over fear of rejection is an important part of life because feeling timid can keep you stuck in low confidence, which of course drastically lessens your likelihood of success with women (and in life).

If you’re afraid of rejection under the surface, that fear is an obvious turn-off to women around you.

Fear becomes a self-fulfilling prophecy because the whole orientation is away from what you want and towards what doesn’t feel good for anyone!

If you’re afraid of rejection, you are not being confident in that moment. Instead, you’re hinging your entire identity, validation, and worth on a single woman’s whim. Not advisable. ;)

So let’s discover how to change next time with three steps on overcoming fear of rejection.

But first, to make sure the below steps will be even easier for you, grab your copy of our free ebook on building a *deep* sense of confidence. This will make the below steps feel more natural to implement in the moment! (Hint: The exercise on page 8 is especially useful to build confidence as an introverted man.)

One sign that you’ve learned how to eliminate fear of rejection is this:

Whether or not a woman is romantically available, she genuinely enjoys your company.

You’ll notice this happening a lot once you’ve found your groove because of one simple and not-surprising truth:

We like when a man is comfortable in his own skin, happy and fulfilled. You can discover much more about this here.

There’s one man I’m thinking of who we’ll call Hank, and he exemplifies this really well. He knows what to do about fear of rejection and the negative feelings that accompany that, and you’re about to learn from him.

Because this confident, relaxed guy intuitively understands how to handle fear of rejection, he gets a continual flow of good vibes from women wherever he goes.

His secret? He doesn’t see “rejection” the same way other guys do because he knows that when a woman is not in the mood to talk to anyone, that’s okay.

It doesn’t mean anything bad about him.

This is key for him knowing how to overcome the fear of rejection and lessen any low-self esteem in his thoughts and feelings.

Even if a woman is in a good mood but doesn’t want to talk to him in particular, that’s also okay.

Sure, he may be a little disappointed, but he doesn’t feel that cold, hard rejection.

Why not? Where does fear of rejection come from, and why doesn’t he feel it? Let’s explore that by challenging your beliefs.

Step 2: Retire your “belief” in rejection.

That’s a good question, and here’s an answer to consider:

Fear of rejection is caused by believing that someone else has the ability and privilege to reject you.

In reality, no human on earth today has that ability and privilege but you.

Hank, who I mentioned above, is cool as a cucumber, even when a woman may not want to talk to him.

Because Hank doesn’t believe in rejection per se.

Other people can’t actually reject him because they don’t intimately know who they’re rejecting, so their rejection is invalid.

They can only ever reject their idea of him.

This means it’s never him who’s being rejected; it’s only someone’s idea of him in a given moment (or a myriad of unknown, unrelated outside factors).

He’s the only person on this earth who truly and completely knows himself.

He’s the only one who…

Therefore, the only person who can reject him is he himself.

If he doesn’t reject himself, he’s not rejected at all… and he’s completely free from the cold, hard, unforgiving experience of rejection.

Do you see that?

If all other rejection is mere fantasy and illusion because no one else has the grounds to reject him but he himself, then it becomes a much simpler matter.

“Rejection” goes from this huge, nebulous, out-of-control black cloud down to the manageable, concrete fact of his own self-perception.

There’s no more need to learn how to conquer fear of rejection or how to avoid rejection because there’s nothing to conquer or avoid! It’s just realizing who holds the cards when it comes to the truth about you: you, not them.

This is also an important truth to internalize for those who struggle with people pleasing. You can use this concept to overcome rejection and your people-pleaser tendencies, not only in relationships but in your professional and business dealings as well.

Now let’s align your self-perception with Hank’s so you can enjoy the same freedom.

Step 3: Stay on the enchilada.

The best thing you can do is to fall in love with yourself because being a total badass requires that you know why you are uniquely wonderful.

I wrote a whole ebook to help you do just that, which you can get for free here (Note the helpful exercise on page 8!).

When you know and enjoy what’s wonderful about you, something amazing happens:

You understand you’re a natural match for beauty.

Knowing what a catch you are helps you consider the ways in which you’re a match to the woman you’re speaking with and why it makes sense for the two of you to be talking:

So it makes sense for the two of you to be talking.

This *very effectively* reduces fear and makes for a lively conversation.

Once that’s going well, it’s time to stay on the enchilada.

What enchilada? The whole one. ;)

Remember that when you hinge your worth on a random woman’s whim, you’ve missed the whole enchilada.

To get back on the enchilada (making myself smile over here), remember this:

“Rejection” is merely self-rejection and the accompanying unattractive vibes it sends to women.

Those vibes create negative experiences and passive aggressiveness that further reinforce your self-rejection, and so on. It becomes quite the vicious cycle.

Once you re-realize that that’s the case, step out of the cycle by repeating Steps One and Two to your happy heart’s content.

Now that I’ve explained what rejection actually is and the framework for overcoming it, you know how to avoid fear of rejection when asking someone out or anytime where you would have normally had an issue in the past.

Concluding Point on Fear of Rejection

Remember this is a lifelong process.

There are tiny ways in which we as humans reject ourselves all the time. As you take these steps, those self-rejections become smaller, less frequent, and less significant.

As this happens, they have less and less sway over your quality of life. This frees you to live in a reality of genuine peace with yourself and warm acceptance with others, which is so attractive to women who are the same way.

So remember the three steps:

If you’d like to go deeper on this topic, here are our most in-depth guides on building confidence:

If you want to get your dating life flourishing in the most effective way possible, check out our 1:1 dating coaching program for introverted men. This is only for men who not only want to attract the right women for them but also want to self-actualize in the process. Learn how to achieve your goals, handle the risk of rejection, and overcome your negative self talk by signing up today!

And if you haven’t gotten your free ebook yet, “Why PUA Doesn’t Work For Introverts & What Works Instead,” by all means, do that here! Countless guys have emailed us raving about it over the years, and it’s totally free. Our gift to you. :) 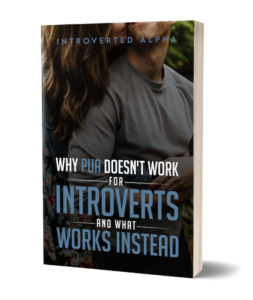 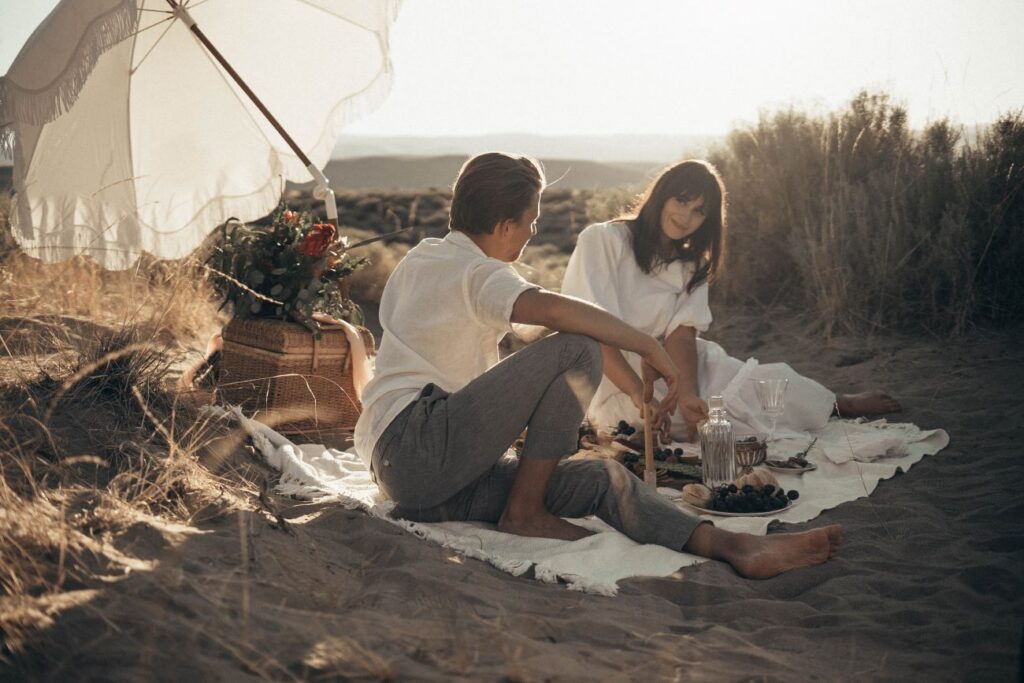 How to Tell if She’s Into You: A Guide for Introverted Men 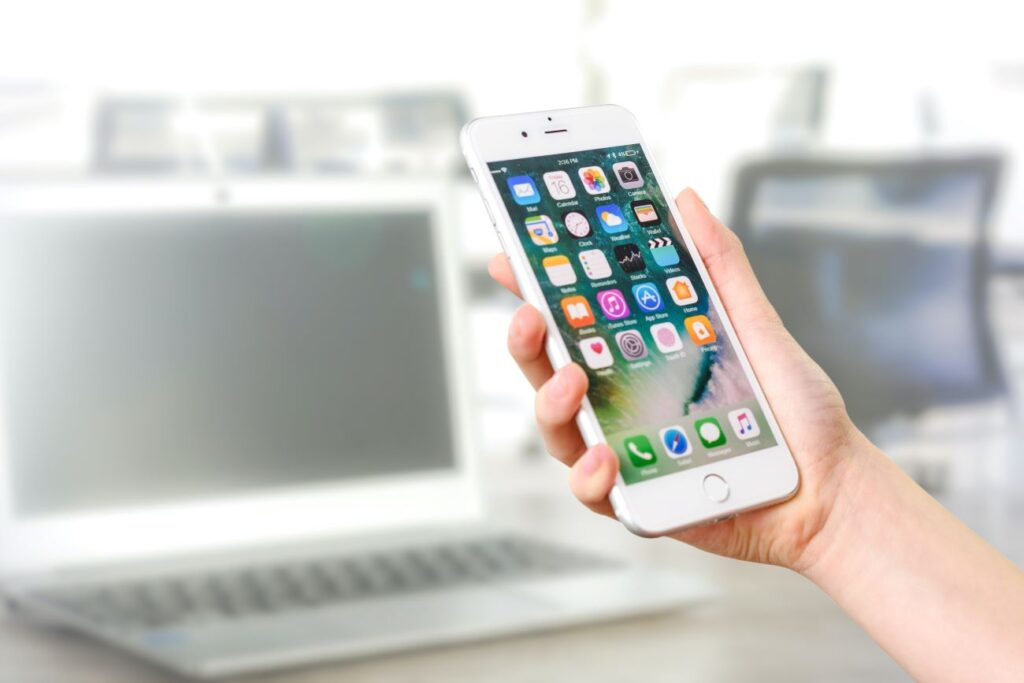 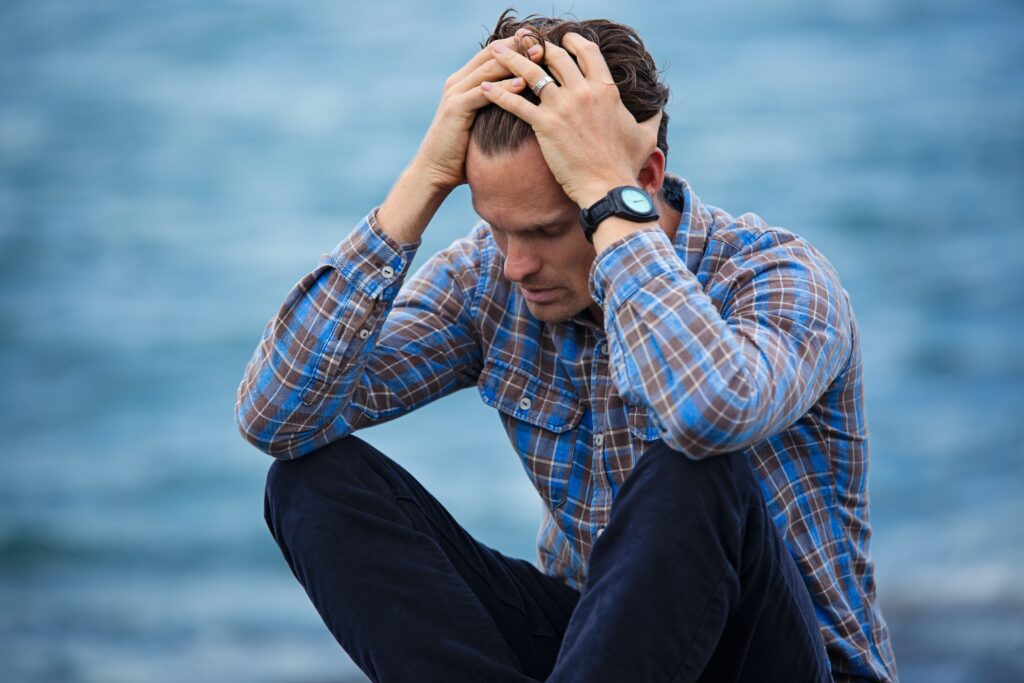 Why People Ghost and How to Respond: 10 Reasons For Introverted Men 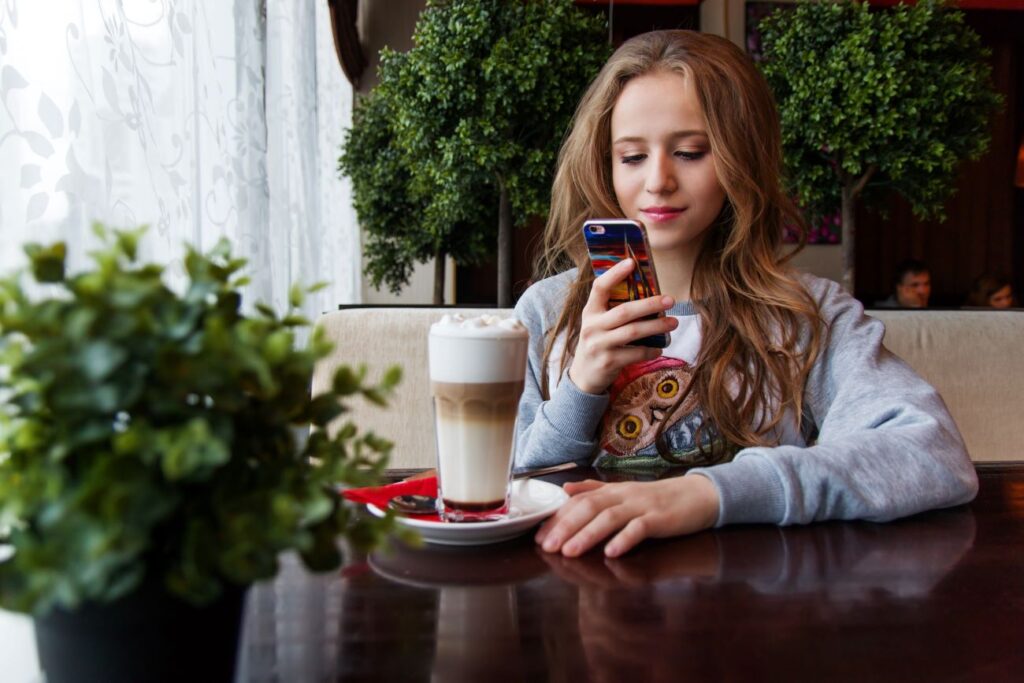 If She Doesn’t Text Back Is She Not Interested?